From THE DEVIL AND PRESTON BLACK: There’s no place where loneliness feels worse than in bed. Waking up with her made me want to erase those last few lonely months, pretend like Dani and I’d been together forever. I wanted to forget about New Year’s Eve by myself. At midnight, when everybody was exchanging kisses, me and Paulie and Stu exchanged sympathies. And I wanted to forget about Christmas morning. Paulie and me in this apartment exchanging unwrapped boxes after eating leftover Kung Pao chicken and eggrolls. I got him a few bass pedals and a bottle of Jack and he got me a nice hand-tooled leather guitar strap. I outspent him, but that was beside the point.

A nice Friday download for yinz. OR, a really cheap Christmas gift for that special someone.


TheBoots.net synopsis:
The material from the second album all sounded great with the addition of the horns from the Max Weinberg 7. "Blue Christmas" was done in a basically bluegrass arrangement. "Lucky Town" featured Bruce and Jimmy Vivino trading off guitar solos and the horns added some great punch to it. The Southside songs also benefitted from the horns, as did "So Young and in Love." Patti's new song, "Rose," was about her experiences working in a New York City diner, where she said she was the world's worst waitress.
Bruce's new song, "My City of Ruins," is very powerful and very gospel-esque, sounding very similar to Curtis Mayfield's "People Get Ready." Bruce dedicated the song to the Asbury Park Chamber of Commerce and mentioned all the charities that each night was benefitting.
No comments: 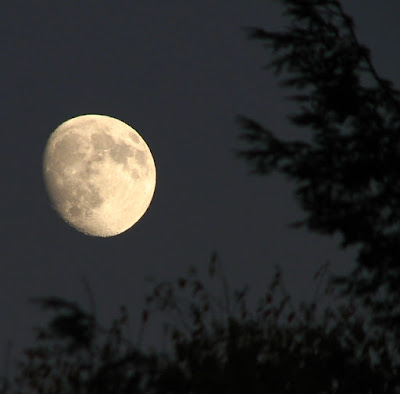 From HELLBENDER: The gray came from a full moon. The silver light, so bright it cast shadows, fell upon trees as massive as Acropolis columns. It reflected off empty glass bottles, off the metal barrels of shotguns and rifles. In the forest all around me a chorus of crickets and cicadas kept me company. Time stopped moving forward in a straight line. It felt like a web, where one strand left diagonally, and always returned to the center via another strand, so I experienced the same patterns of pain and dreaming over and over again with only slight variations. 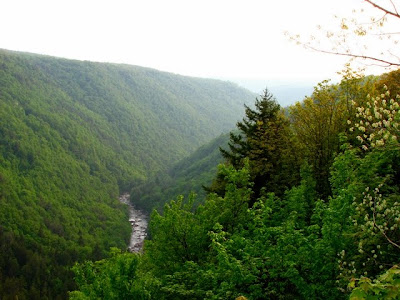 From HELLBENDER: We fled the Shavers Fork watershed and returned to the Blackwater via Otter Creek. When the old green path hit the ridge top, pine gave way to spruce that blocked out nearly all of the morning sunlight. The faint glow of headlights did little to pierce the darkness. 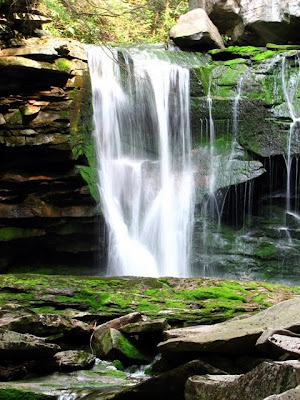 From HELLBENDER: My eyes strained to pierce the fog that prevented me from seeing this wilderness as a whole. Waterfalls streamed down the steep walls in stony chutes that acted more like downspouts than streambeds. White threads intertwined to make strands of lace that plunged a thousand feet from the rocky ledges near the rim. I got drunk on the cool breezes that drifted up from the river below. The speed had a narcotic effect, which when combined with the rhythm of the rails made me want to pull out my fiddle and play along to the song it was singing. 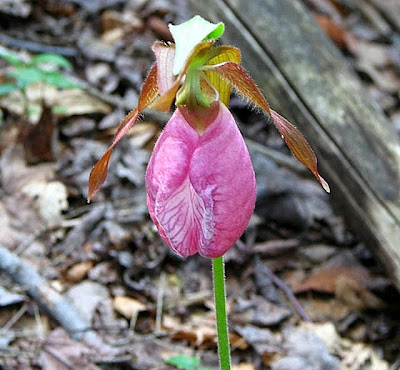 From HELLBENDER: Katy whooshed in with her boyfriend in a scream of car stereo and everybody dropped what they were doing to run over and see them. They pulled the new silver VW onto the grass in-between the fire and Jamie's house. Katy looked more polished than I'd ever seen her. Like, she went from a fern to a Pink Lady's Slipper in just a season. Her hair was colored and styled and she wasn't dressed like a thirteen-year-old girl. Her little floral patterned dress, unbuttoned way too low, made her look like some kind of revivalist rebel. She walked proud and smiled like she was posing for Vogue. Alex stood next to me, holding a kitten, and asked, "Who's that?"
No comments:

Time for a year in review post? Probably not quite yet...


2011, there really wasn't anything special about you, was there? Maya apocalypse is next year, as are the Summer Olympics. AND a presidential election. 2010 was the end of a decade (and just as equally, the beginning of a decade, I suppose.) 2011 was just supposed to hang out, like Justine Bateman in FAMILY TIES.

But I liked Justine Bateman. I could never understand why she wasn't more famous than Molly Ringwald. Molly Ringwald wasn't even funny (By extension, if humor was a legit reason to be attracted to somebody, I would've been all over Anthony Michael Hall.) Whatever happened to Long Duk Dong, BTDubs?


So 2011 is another year to be filed away and forgotten. Just like 2003. Some things happened back in 03. This year is no different. Some things happened. I got on my mountain bike a lot more than I did last year, and didn't break any bones. Wrote a few songs for the book. Went to Florida and to the beach. I wrote A LOT.

So, maybe it's the writing that'll make 2011 different than the rest. Putting THE DEVIL AND PRESTON BLACK out there was simultaneously the most gratifying and terrifying thing I'd ever done. And it opened more doors than I ever could've on my own. I've met more awesome people and made more friends than I have at any other time since Seton Hill. And now, almost 9 months later, the book has a life of its own. It's out there in the world, and there's no stopping it.

But I wouldn't say that the biggest thing to happen to me was self-publishing, and then ultimately finding a publisher for, THE DEVIL AND PRESTON BLACK. And this is what I want to make clear as the year winds down, especially with a new flurry of self-publishing-related news (Kindle Fire. KDP Select, etc.)in the air. The stigma of self-publishing will remain as long as folks release books that aren't quite fit for human consumption.

Raw Dog Screaming Press is releasing THE DEVIL AND PRESTON BLACK next fall, so I can now check the 'published' box. Working with them has been an absolutely amazing experience, even if it did make me question my southwestern Pennsylvanian dialect. (Question--what's wrong with the following sentence: This car needs washed. Answer: Not a damn thing, jagoff.) The education I received by doing it myself taught me one thing--I learned that if you wait until AFTER you're published to figure out your marketing plan and who your readers are, and how to interact with them and on and on, it's already too late. A lot of writers talk a good game. But if they're focused on agents instead of readers, they aren't in the game.

Heidi told me I have to make sure I don't diss anybody in these little posts, so I'm not really sure how to end this. Had I been allowed to diss, you can bet there would've been some hardcore dissing right about here. Instead, I'll leave you with a Bateman family fun fact:

Because of TEEN WOLF TOO my brother, Mike Miller, hates Jason Bateman so much he refuses to watch ARRESTED DEVELOPMENT.
4 comments:


Posted this show in honor of my guest post over at Tennessee Hicks' blog.

And anybody who’s going to spend thousands of hours embarrassing themselves, losing respect and credibility learns one thing by doing it themselves. They learn whether or not they love it, and if they’re willing to fight for it, even if it means going against the grain and being the unpopular kid.