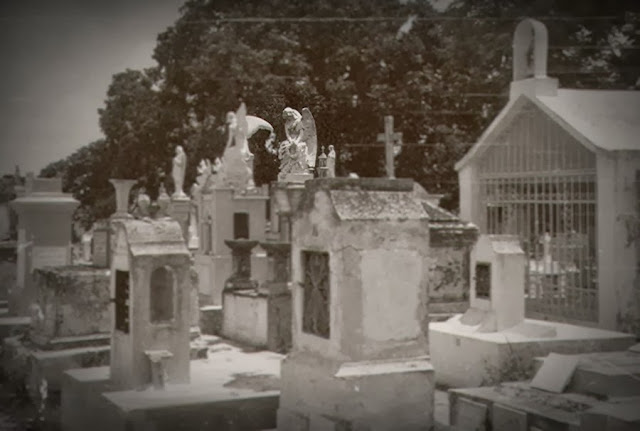 In honor of All Saints Day, I decided to post the first chapter of my work in progress. The novel, featuring Ben Collins, takes place after the events in THE REVELATIONS OF PRESTON BLACK.

Tapping into the magic of Mexico’s Dia de los Muertos, an Afghan War vet comes to terms with life after combat. And who better to guide him through the darkness than the Devil herself? 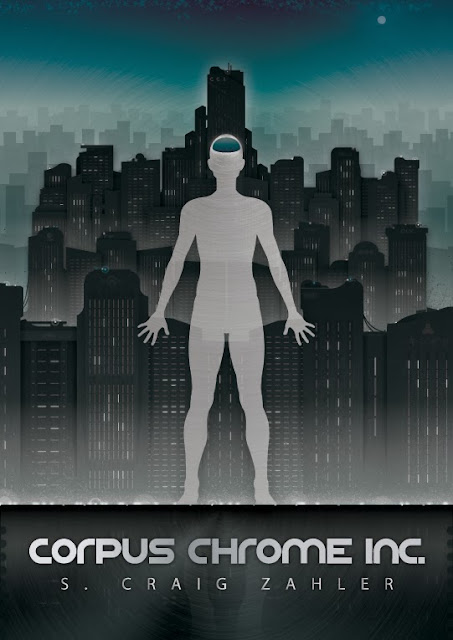 Who should be given a second chance at life?
Decades in the future Corpus Chrome, Inc. develops a robotic body, dubbed a “mannequin,” that can revive, sustain and interface with a cryonically-preserved human brain. Like all new technology, it is copyrighted.
Hidden behind lawyers and a chrome facade, the inscrutable organization resurrects a variety of notable minds, pulling the deceased back from oblivion into a world of animated sculpture, foam rubber cars, dissolving waste and strange terrorism. Nobody knows how Corpus Chrome, Inc. determines which individuals should be given a second life, yet myriad people are affected. Among them are Lisanne Breutschen, the composer who invented sequentialism with her twin sister, and Champ Sappline, a garbage man who is entangled in a war between the third, fourth and fifth floors of a New York City apartment building.
In the Spring of 2058, Corpus Chrome, Inc. announces that they will revive Derek W.R. Dulande—a serial rapist and murderer who was executed thirty years ago for his crimes. The public is horrified by the decision, and before long, the company’s right to control the lone revolving door between life and death will be violently challenged….
Corpus Chrome, Inc by S. Craig Zahler
Cover Art by Bradley Sharp

Cyberpunk/Transhumanism novel  coming from Dog Star Books in January 2014
---
What They’re Saying About S. Craig Zahler
“Zahler’s a fabulous story teller whose style catapults his reader into the turn of the century West with a ferocious sense of authenticity.”
—Kurt Russell, star of Tombstone, Escape from New York, Dark Blue, and Death Proof

“If you’re looking for something similar to what you’ve read before, this ain’t it. If you want something comforting and predictable, this damn sure ain’t it.  But if you want something with storytelling guts and a weird point of view, an unforgettable voice, then you want what I want, and that is this.”
—Joe R. Lansdale author of Edge of Dark Water
1 comment:

A LOOK BACK, A LOOK AHEAD 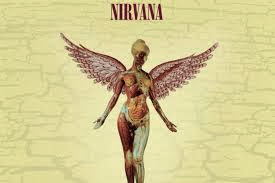 I wonder what purpose music bloggers and reviewers are going to serve down the road, considering most of the 'new' music I've personally discovered over the last few years isn't new at all. The abundance and availability of music online has permitted me to listen to it and interact with it in ways I never imagined or thought possible. Some of my new favorite artists—Brian Eno, Kraftwerk, Neutral Milk Hotel—are defunct or peaked years (decades) ago. But Spotify has allowed me work my way through their entire catalogs, letting me figure out what I liked or didn't like about a particular artist in my own time. For example, I'd always heard Duane Allman was an amazing guitarist, but never wanted to commit to buying the music. I always avoided The Allmans, figuring 'their kind' of music wouldn't make sense to a former grunge band guitarist raised on MTV, and then Metallica. But the first time I heard—really heard—Duane's guitar I got chills. And that's something that just doesn't happen all that often to me. Spotify let me explore The Allman Brothers' music—studio and live releases—on my own terms, to see what it was I liked and didn't like about them. Then I went out and bought them all on CD. 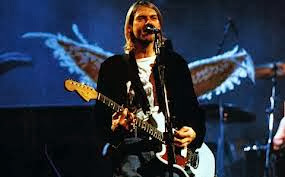 Along those same lines, Spotify let me find all of the 80s bands that peaked just before I moved away from pop and really started to listen to music—the bands that influenced the bands that I loved. I suppose if I would've been able to stay up for MTV's 120 MINUTES a little more often I wouldn't have had to wait until the proliferation of streaming music, but without Pandora and Spotify I never would've given Black Flag, Bad Religion, or Fugazi much of a listen. Kids don't have the kind of money that lets them experiment with new artists, and my only exposure to this kind of stuff came from THRASHER magazine—in print. Steve Caballero rocking an Agent Orange shirt. Circle Jerks ads. But when I'd hit up National Record Mart they never carried any of those bands anyway, and Uniontown, PA was too small to support any kind of indie vinyl shops. (Somehow we all had The Dead Milkmen, BIG LIZARD IN MY BACKYARD and played the shit out of it. Maybe a bunch of us grabbed it on a trip to Century III Mall, which was Pittsburgh's biggest at the time. Not sure how that happened.) Then in 1987 or 88, my cousin ordered THRASHER SKATE ROCK vol. 2: BLAZING WHEELS AND BARKING TRUCKS (T.S.O.L., Drunk Injuns, JFA) from the back of the magazine and we all dubbed copies and passed it around. Ironically, it was an ad for Metallica's THE $5.98 E.P.: GARAGE DAYS RE-REVISITED (which National Record Mart DID have) in THRASHER that got me into them. (And Anthrax, and Megadeth, and Exodus, and on and on.)

By the time I was able to drive myself to Morgantown, WV to hit up their indie music shops in 1991, Metallica, Guns N' Roses, and to a smaller extent, U2 and Jane's Addiction dominated all of my various musical spheres. Then in August, Pearl Jam released TEN, and the rest….

So, IN UTERO turns 20 this year. Pretty much everybody knows it. I guess since MTV stopped being a mechanism of music delivery and record labels started letting marketing departments into recording studios, the re-release of a particularly amazing album is the kind of once-a-year musical event that gets to share headlines with twerking, and, well… twerking. 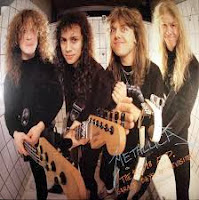 Congrats, guys. It's a well-deserved honor. Unfortunately we all know what's coming next year. Mark your calendars, because April 2014 is going to be Kurt Cobain month and he'll no doubt be receiving the same treatment IN UTERO's getting right now.

Let's play that same game with 2013 now. We got Justin Timberlake, Jay-Z, Atoms for Peace (Radiohead's Thom Yorke), Lady Gaga, Eminem, Arcade Fire, Pearl Jam, Nine Inch Nails, Jake Bugg, The Civil Wars, Franz Ferdinand, Queens of the Stone Age, and Arctic Monkeys with new releases this year. It's a pretty glossy list—one part survival of the fittest, one part stuff that would work in a VW ad. I know that criticizing the music of today is an old man's game, but they make it so easy, don't they? The Nineties gave us grunge, Brit Pop, EDM, the ascendancy of Hip-Hop and West Coast rap, MTV Unplugged, California Punk/Ska, Industrial, Alt-Country. (Yeah, I know some of this existed just before the 90s, so let's not nit-pick. Each of these ascended or peaked in the 90s.) Maybe it was just the very beginning of the 'let's-throw-crap-against-the-wall-and-see-what-sticks-era' but you know what? A lot of it stuck. A lot of bands releasing albums in 2013 were nurtured by labels who were able to overlook sluggish sales (for a moment or two, anyway.) (Not a problem Pearl Jam suffered from back then.)

I never meant to be a reporter on what was. It makes one seem rigid and cynical. 'Nostalgia is for the weak' and all that. But it just sort of happened that IN UTERO made me reflect on a time period that saw me meeting and marrying my wife while working as a white-water raft guide (best job ever) and finishing college. Over in Bosnia, Serbs were killing Muslims by the thousands, but we were getting a Woodstock reboot. What did we care? Clinton was president and Americans were happy. The month Heidi and I went on our first date, Netscape Navigator was released and it was the official end of Nintendo's "Year of the Cartridge." 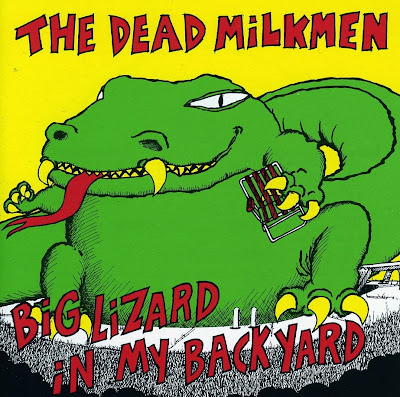 This is probably a stage that everybody reaches at some point in their life. A stage when the past is suddenly too far out of reach to recall without a little help from Firefox. And Spotify is the most important weapon I've yet to discover for filling my head with 'new' music. It's the world's best musical library and will help more people find what they want better than a reviewer or blogger ever could. I don't work for Spotify and am not receiving a cut of anything. I'm just a kid who is finally able to get to that record store I never could back in the 80s, or 70s, or 60s.

Maybe I don't like the state of music in 2013 because I draw too many parallels with some of what's going on in NYC with publishing. I thought the democratic nature of the net would drive a listener/reader/viewer-supported revolution, but trends are still being created in boardrooms. The internet is always looking for the NEXT BIG THING, even going so far as to create NEXT BIG THINGS where none existed, in the process facilitating trends that rise and fall weekly with nothing sustainable to keep them going beyond that. (Pitchfork, I'm looking at you.) And I'm not the only one thinking this way. I'm stealing a few questions from Kris Millet's 2000-2009 – MAKING SENSE OF MUSIC'S "LOST DECADE" (Which you should read, because it's more about the music and less about a personal journey with him: http://www.culturemagazine.ca/music/2000_2009_making_sense_of_musics_lost_decade.html)

In the article, he asks:

1.   What musical innovations from 2000-2009 raised the bar and will influence future generations?

2.  What emergent acts will sellout arenas in future decades?

3.  What hits have a legitimate shot at becoming popular music standards? You know, something that someone will be singing karaoke to 20 years from now?

The first commenter said My Chemical Romance's "The Black Parade." A totally appropriate response for somebody rooting for the music of their own decade. We have the benefit of hindsight with this one. Sorry that didn't work out for you.

Maybe the 2010s will spawn a movement as a response to the 2000s' lack of one. But I'm not going to comment on it if it does. I like what I like, as should all of you. And in my own way, I'm creating my own movements, which in this case, happen to transcend decades and genres.
No comments: