DOWNLOAD: The Indie Band Survival Guide! (Works for writers, too.)

The secret? Works great for writers too. Special web edition available for free via Creative Commons.

The Ghost of Backstory in Death Perception: Guest Post by Lee Allen Howard

The Ghost of Backstory in Death Perception 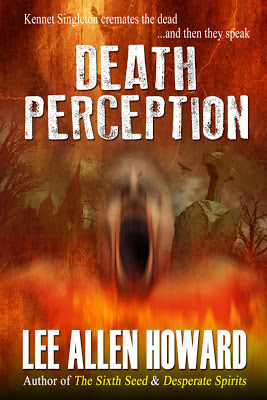 Backstory is everything that happened to the protagonist before the story begins. In The Anatomy of Story, John Truby calls this the “ghost.” The ghost is usually some negative event from the past that still haunts the protagonist in the present. This past trauma is the source of the hero’s current psychological and moral weakness. It’s his internal opponent, what Truby describes as the “great fear that is holding him back from action.”

In DEATH PERCEPTION, my just-released supernatural thriller, young protagonist Kennet Singleton’s backstory ghost is his father’s drunken violence, resulting in his father’s death and the loss of his mother’s eye. Lack of a good role model has crippled Kennet from striking out on his own; at 19, he still lives with his invalid mother in a personal care home and holds only a part-time job at a local funeral home.

However, Kennet’s natural hypersensitivity toward his father’s moods and abusive behavior birthed a psychic gift that blooms when an old prophetess lays her hands on him. Later he discovers that he can discern the cause of death of those he cremates—by toasting marshmallows over their ashes.
When he begins believing in himself and using his gift to avenge the spirits of those who have been murdered (ghosts of a different sort), Kennet finds the courage to stand up for himself and forge his way toward independence.

Good stories dramatize the process of a flawed character overcoming past wounds on the path to wholeness. Even in a tale of horror and supernatural crime, Kennet’s “ghosts” find justice—and peace.

BIO
Lee Allen Howard writes horror, dark fantasy, and supernatural crime. He’s been a professional writer and editor of both fiction and nonfiction since 1985. His publications include The Sixth Seed, Desperate Spirits, Night Monsters, “Mama Said,” “Stray,” and DEATH PERCEPTION, available in various formats at http://leeallenhoward.com.