A Snippet from Hellbender. 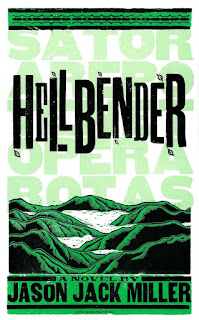 Description:There are some strange things happening at the edge of reality where love is forever even when death isn’t and where magic doesn’t have to be seen to be believed.

Her death forces him to enter a strange world whose very existence he spent his whole life denying--a dark wilderness where the old magic thrives--a place far darker and deadlier than the Appalachia he grew up in. To avenge his sister Henry must slip past the boundaries of logic and reason to a place where the only reality is survival. He won't be able to come home until his life is no longer simple, his heart no longer kind.

If I could’ve carried her by myself, I would have. But just the weight of the pine and spruce box was more than I could bear alone. The linens that covered her body and her clothes, the last she’d ever wear, made her heavier. The coins that covered her eyes added a few ounces more.
I could’ve carried her, by herself, forever.
January wasn’t a kind time for a burial, but we don’t get to choose. Old Christmas hid the sun behind a flat grey wall of clouds. January has a way of taking a person's optimism and crushing it beneath its bony heel.
I’d take June, when long days kept wayward pessimism at bay for just a few hours more, when blackberry blossoms spilt over old stone fences while young rabbits got fat and lazy. I’d take Solstice over Old Christmas any day.
--
Check out other author snippets at the official site: Science Fiction Fantasy Saturday

(BAD) LOVE IS IN THE AIR! Get THE DEVIL AND PRESTON BLACK free for your Kindle for some Valentine's Day reading. Promotion starts today.
26 comments:

Win an RDSP T-shirt by showing your love!

Win an RDSP T-shirt by showing your love! Simply make a tribute to RDSP, or one of their books, online then send a link to books@rawdogscreaming.com by February 14th to enter. Possible ways to show your love:
—Do a book review on Amazon.com or Goodreads.com
—Post a picture of yourself with your favorite RDSP book
—Blog about RDSP
—Upload a video to YouTube where you sing our praises

Several winners will be chosen, creativity will be rewarded!
No comments: 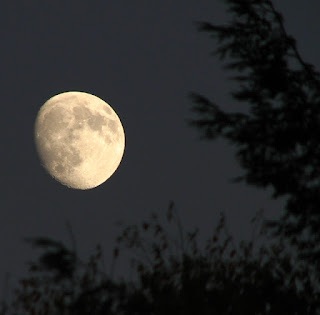 Sometimes I dream, when I'm awake
about the things I've done.

Knowing if I'd never dreamed the dreams,
somebody else would've come along and
married my wife and bought my house
and closed his eyes every night knowing
he's the better man because of the dreams he had.

He'd have the words out of my mouth and the song out of my heart.
The miles over mountains and city sidewalks. The late nights and early mornings.
All because I never dreamed about being more than I was supposed to be.

But the life and miles are mine.
All because I saved my best dreams for when I was awake.
4 comments: