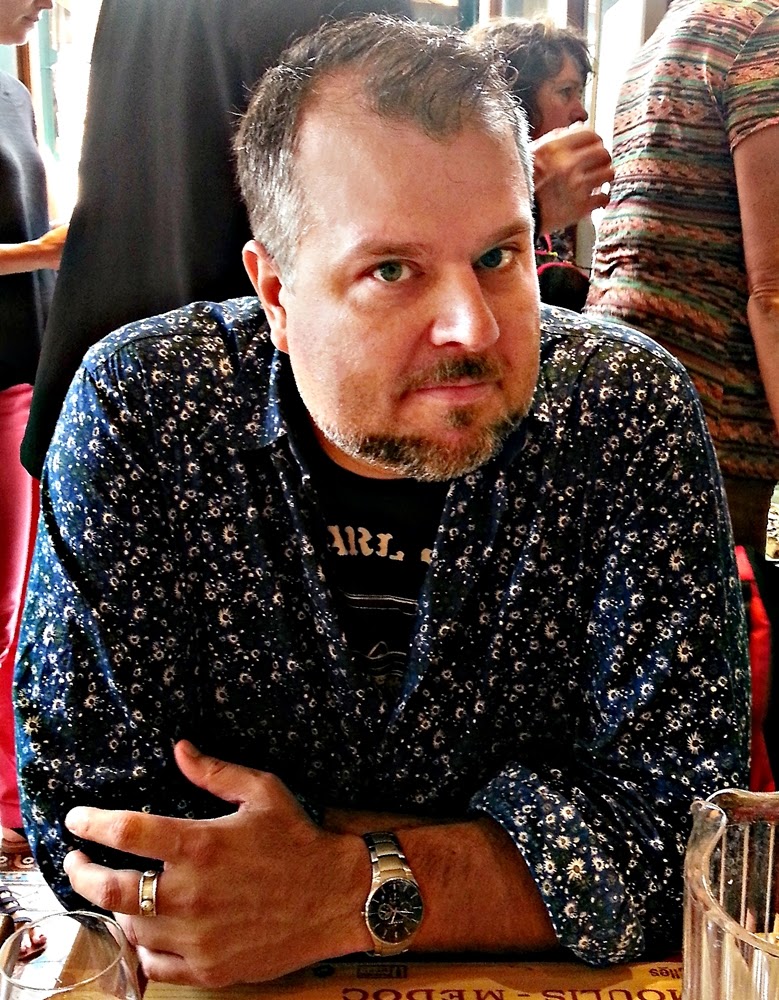 Jason Jack Miller knows it’s silly to hold onto the Bohemian ideals of literature, music, and love above all else. But he doesn’t care.

His own adventures paddling wild mountain rivers and playing Pearl Jam covers for less-than-enthusiastic crowds inspired his Murder Ballads and Whiskey Series. He wrote Hellbender as a student in Seton Hill University’s prestigious Writing Popular Fiction program, where he is now a mentor and adjunct instructor. The novel won the Arthur J. Rooney Award for Fiction, the MacLaughlin Scholarship, and was a finalist for the Appalachian Writers Association Book of the Year Award.

When Jason isn’t writing, he’s with Heidi, his wife, either in Paris, perusing the bouquinistes or in the Cinque Terre trying to taste all of the focaccia. And for the rest of the year he plays the role of Mr. Miller, mild-mannered science teacher at Uniontown Area High School. Follow him on Twitter and Instagram @jasonjackmiller or email him at jasonjackmiller@gmail.com.

Jason Jack Miller knows it’s silly to hold onto the Bohemian ideals of literature, music, and love above all else. But he doesn’t care.

Writing wasn’t even on Jason’s radar during his tenure as a whitewater raft guide on the Cheat and Youghiogheny rivers or playing Pearl Jam covers for less-than-enthusiastic crowds. It was during a brief stint in Florida working for the Mouse that he began to type, but it was while teaching earth and space science at a high school in Uniontown that he began to write. A principal sent him to a weekend workshop about mountain ecology and culture at a place called Spruce Knob in West Virginia, and the idea for his first novel, Hellbender, was born. He finished the book as a student in Seton Hill University’s prestigious Writing Popular Fiction program, where it won the Arthur J. Rooney Award for Fiction and the MacLaughlin Scholarship. He began shopping the novel after graduation.

Prior to enrolling at Seton Hill, Jason began writing trail reviews for several burgeoning websites hungry for content, and got paid in sleeping bags, backpacks, roof racks, and socks. After a year he was able to parlay that experience into a series of travel essays for newspapers and travel apps, both of which also paid for his photos. This effort—as well as a broken elbow and a run-in with a surly park ranger—culminated in the completion of a travel guide coauthored with his wife, Heidi.

He figured the publication would help his chances with agents, but it was during that period that he heard about a thousand variations of …the book just isn’t right for us, started his next novel, and began to consider other options at a time when other options weren’t really popular in literary or academic circles. But self-publishing wasn’t just a way for Jason to get published—it allowed him to become fully immersed in his craft. He found laying out and marketing his novels as exciting as writing them had been. Self-publishing allowed Jason to cultivate a relationship with Hatch Show Print of Nashville, Tennessee—the main print shop for the Ryman Auditorium and Grand Ole Opry. And it opened the door to publishing opportunities he’d never dreamed possible, such as his relationship with Raw Dog Screaming Press. They released Hellbender in 2011, and the book eventually went on to be a finalist for the Appalachian Writers Association Book of the Year Award.

Today Jason is a mentor and adjunct instructor in Seton Hill’s Writing Popular Fiction Program. When he isn’t writing, he’s with Heidi, his wife, either in Paris, perusing the bouquinistes or in the Cinque Terre trying to taste all of the focaccia. And for the rest of the year he plays the role of Mr. Miller, mild-mannered science teacher at Uniontown Area High School. Follow him on Twitter and Instagram @jasonjackmiller or email him at jasonjackmiller@gmail.com.

Q & A about The Devil and Preston Black

How long did it take to write the book?
I began writing the book in February 2008 and finished a first draft in the summer of 2009.

What inspired you to write the book?
There's a large body of music based on people--real or fictional.  You have John Henry, Eleanor Rigby, Janey Jones and on and on.  I liked the idea of a guy hearing a song about him, written long before he was born, and realizing that his destiny isn't his own.

Talk about the writing process. Did you have a writing routine? Did you do any research, and if so, what did that involve?
Over the last 6 or 7 years I spent a lot of time with musicians in the mountains of Pennsylvania and West Virginia.  Since I've been playing guitar since I was in 8th grade it was pretty easy to meet some interesting old timers.  The musical aspect of the research came pretty easy to me.

And for the most part, the writing did too.  After I received my masters from Seton Hill University getting into a routine has been pretty easy.  I had to learn to set aside a time and a place to write and make sure I wrote every day.  Coffee or tea, and music is essential to the process.

What do you hope your readers come away with after reading your book?
I want readers to finish having purely entertained.  Any lessons or parables are purely coincidental--it was never my intent to be preachy or academic.  When I began this book I wanted to write the kind of book I loved to read, and I believe I succeeded. 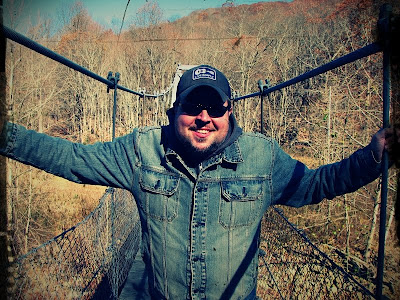 1. Which of your characters is your favorite?
2. Tell me about your travels.

Costa Rica was fer-de-lances, kinkajous and volcanoes.  Mexico was pyramids and beaches.  Zion was cool nights and red rock claustrophobia.  Florida is cypress knees and egrets and a mouse.  Czech Republic was Kafka and a rekindling.  Outer Banks is family and hush puppies and sea grass.  Germany was beer and holding hands.  Canada was border guards.  Vegas was Mesa Grill and bling.  Austria was pizza and fog and church bells.  West Virginia is wild and wonderful, snuggled in a tent with a handful of blueberries beneath a sky filled with stars and thousands of their seldom-seen cousins.

Coffee for when the writing is going so well I can't stop to eat.  Milk for the Captain Crunch and Nutter Butters.  Tea for the rest of the time.  Darjeeling or English Breakfast in the morning, green the rest of the day.

4. What else can you do besides write?
5. Who are you reading right now?
6. Pop culture or academia?
7. What is the toughest scene you ever wrote?
8. Where do you find your inspirations to write?

I probably would've stopped writing a long time ago if it wasn't for my wife, Heidi.  She believes in me when I'm down on myself and helps me to keep going when I think I'm ready to throw in the towel.

9. Food you could eat everyday.

10. Are you into sports or other physical activities?
11. What kind of music speaks to you?

Johnny Cash, Wilco, The Clash, The Beatles, Zeppelin, The Roots, Jack Johnson.  Radiohead.  I like music that takes me somewhere or tells a story.  I like it when an artist leaves a little blood on the stage.

12. Do you outline your stories or do they just take you along for the ride?
13. Celebrity crush.
14. Who are the biggest influences on your work?

15. Do you still watch cartoons? 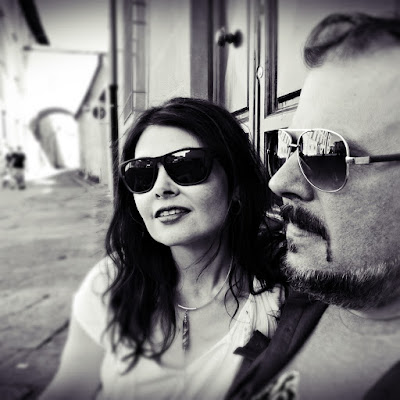 PATHS TO PUBLICATION http://heidirubymiller.blogspot.com
Heidi does this thing on her blog where she invites authors to talk about how they got published.  We thought it'd be fun to let Preston talk about his path to success on April Fool's Day.

So, here's where I'm supposed to talk about how I got my record deal and all that, right?  Well, then that means I got to go back to that show at The Stink with Katy on Valentine's.  It's an old skating rink that they turned into a brewery.  Played to a full house that night, they had kids jammed in all the way back to the bar.  I was scared, too.  But Katy looked good, and she was really confident, so that helped.  Also, playing when your soul's at stake is pretty good motivation.

Anyway, I played like I had hellhounds on my trail.  For real.  After the show the label guys were all like, '...you've got a great look and backstory...' and I was like, "I'd like to think it had more to do with the songs I wrote and the way we knocked them out of the park."  Right then and there they saw how they were going to package us and market us, but I didn't care because I was finally getting paid to do what I love.

But the more I think about it, the more I think my path really doesn't start back at The Stink.  In fact, the night I talked to John Lennon probably had a lot more to do with it than the show.  He was all like, '...get off your bum,' or whatever.  I guess I can't exactly remember what he said.  That was a weird night and he said a lot.  And I had a few drinks in me.  And you can say what you want, but I was sober as a nail when I said goodbye to him and watched him walk down those stairs.  And since the stuff he said jived with the stuff Joe Strummer had been saying I kind of took it all to heart.  That's when I started to look at music differently, I started to see it as a way out rather than as a prison.  I figured, look, if John Lennon's sitting here telling me it can be done, then I knew it could be done.

But really, none of that would have happened if it wasn't for you-know-who, the old 'she who shan't be named.'  I'm not sure how I came to cross paths with Old Scratch.  I didn't invoke her and I didn't kill a cat or smear pig blood on my door step.  She just kind of showed up.  And if you hold me to it, I guess I have to say maybe I did ask her for a few things.  I don't know.  Be careful what you wish for, right?

You can read all about it in this book, THE DEVIL AND PRESTON BLACK.  I don't love the title, but I didn't have a say.  The writer stretched the truth a little here and there and, in my opinion, left some important stuff out that may have made me look a little less foolish.  Anyway, it's over now.  And I'm not going to give any advice except to say a deal with the devil ain't really the easiest way to go about achieving success or whatever.  If I had it to do over again, I probably just would've tried a little harder. 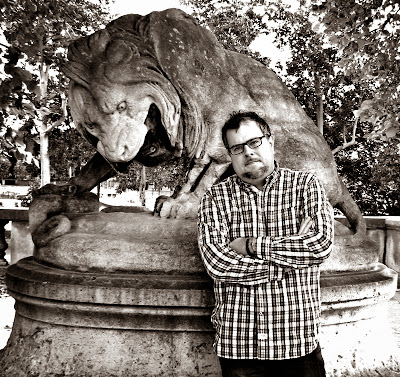 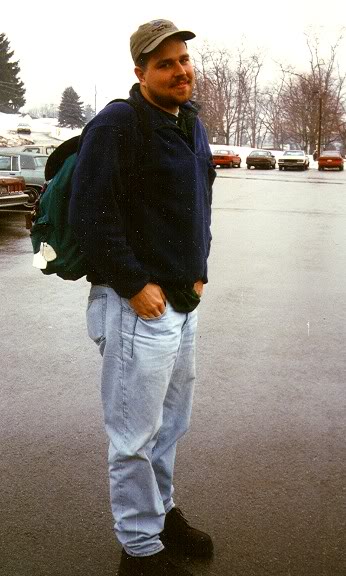 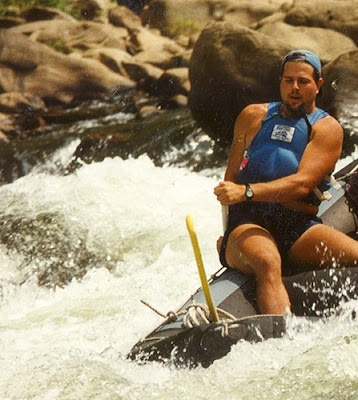 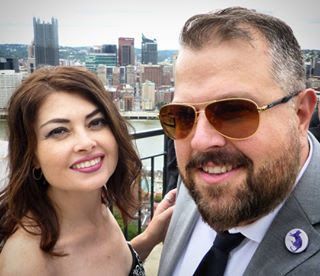 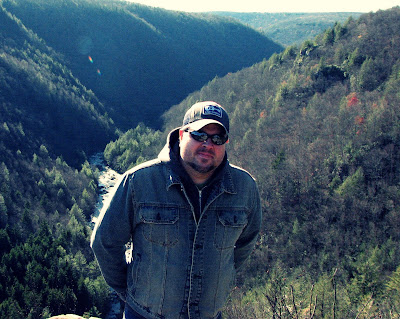 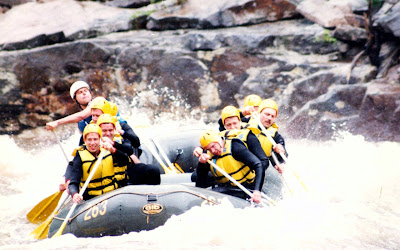 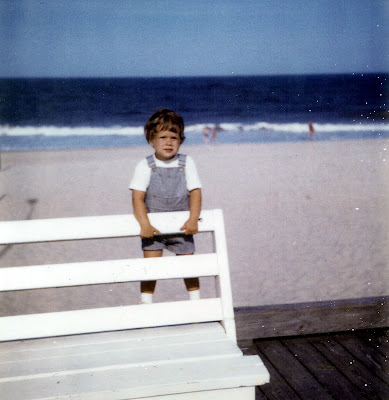 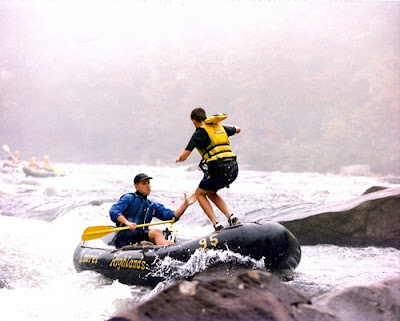