Americana Music – The Roots of Some (But Not All) Evil? 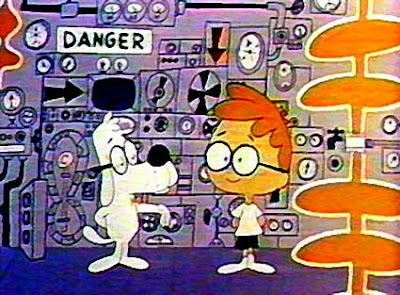 For THE WAYBACK MACHINE I'm reclaiming posts that have appeared elsewhere on the internets. Maybe, for the sake of keeping things interesting, I'll update the post with additional commentary or a summary of some of the reactions it generated.

Americana Music – The Roots of Some (But Not All) Evil?

Do you want to know how to make somebody from New York City really mad?

Just accuse them of not having the best museum or delis or pizza, or not being at the center of something. I had this unfortunate experience with a tongue-in-cheek piece I posted on my blog a while back. (It was way more ‘tongue’ than ‘cheek.’) I accused New York City (I’m told you can just say ‘New York’) of not being at the center of the New Wave of Americana. (Sorry if you thought this was an article about THE ROOTS. I don’t want to make ?uestlove mad too.)

Take a second to pick up your hats and calm your womenfolk down.

So what had me so riled up? It was this little article in SPIN magazine. Something about somebody giving washboard lessons in Red Hook for $20 a pop. (I know, right? I laughed when I read it too.) I’m going to blame Mumford and Sons for this phenomenon. Not because they’re disingenuous or making crappy music, but because they made it acceptable for Blue States to like banjos. Almost overnight those five-stringed nightmares went from being an instrument of ridicule (How many banjo players does it take to eat a possum? Two, one to eat it and one to watch for cars.) to a symbol of tolerance and understanding. Like white people had been given their very own pan flute or bongos or didjeridu. And Mumford gave them a way to do it without having to acknowledge Skoal or NASCAR.

To be fair, Nashville may have inadvertently shoved a lot of listeners into Americana when Columbia Records let Johnny Cash out of his contract, which forced Rick Rubin to record Johnny’s version of “Hurt.” A bunch of folks probably ran out and bought the record expecting to hear Cash’s take on other modern things, and instead got “Sam Hall,” a traditional English ballad about an old school death row prisoner, “Streets of Laredo” which recounts a dying cowboy’s last words, and “I’m So Lonesome I Could Cry,” which, of course, is a Hank Williams’ number about being lonely and crying.

So, besides Johnny Cash and Mumford and Sons, who should you all be listening to if you want to make it in the New Wave of Americana? Here’s a primer:

MIDDLE BROTHER combines jangly Nashville guitars with songs about booze and curse words. But the trio of Deer Tick’s John J. McCauley III, Dawes’ Taylor Goldsmith and Delta Spirit’s Matt Vasquez know how to turn a phrase. “…regrets, Tourette’s, I guess it’s the same.” And there’s a song about Portland.

AVETT BROTHERS is a guitar/banjo/bass trio for the traditionalists in the group. They even come from North Carolina. How’s that for cred? But they aren’t really all that traditional. Check out “Kick Drum Heart” if you want to hear what I’m talking about. And hooking up with Rick Rubin isn’t really a traditional move either.

GILLIAN WELCH and DAVE RAWLINGS Gillian Welch is the Fairy Godmother of Roots music. Her appearance in O BROTHER, WHERE ART THOU? pretty much confirms it. As a revivalist, Gillian has done as much as anybody to keep Roots and Americana alive during the pre-O BROTHER, pre-Johnny Cash HURT, Nineties. Bleak times for a revival.

WILCO’s inclusion on this list doesn’t come easy, considering Wilco is a little more Radiohead than Hank Williams nowadays. But there’s no denying Jeff Tweedy’s contributions to Americana. No Depression, the now-defunct Americana, Roots and Alt-country magazine– took its name from Tweedy’s previous band’s first album (and a Carter Family song, “No Depression in Heaven.”) Don’t let the robonoise fool you, Tweedy still keeps it real.

Here's some old school Uncle Tupelo for contrast AND because one day somebody will want to know exactly what 1989 looked like:

This list should be just enough to get you started. Talk to twenty different people and you’ll get as many different definitions of Americana and Roots. After all, it is the music of the people…

DR. RALPH STANLEY AND HIS CLINCH MOUNTAIN BOYS because he has a doctorate in BANJO.

THE CIVIL WARS. Remember that post-Grammy bump I told you about? (Is that a HATCH SHOW PRINT poster in the background? Why, yes it is.)


CAROLINA CHOCOLATE DROPS because nothing says ‘Americana’ like resonators and pork pie hats.

Yonder Mountain String Band! These are the guys that started it all for me. Yonder showed me how  The Beatles, The Misfits, Pink Floyd and guys like Ralph Stanley could all get along in the same setlist. (All videos were filmed on either February 24 or 25 at the Newport Music Hall, Columbus, Ohio. Heidi and I attended both shows, but none of the videos belong to us.)