I was so wise. I knew all kinds of stuff nobody else in the world did. Here is one of my brilliant predictions from a Livejournal post born on April 14, 2006: "After spending all morning in our favorite Barnes and Noble I came to the conclusion that B&N may not be the best place for a book lover to shop..."

Brilliant, right? Somebody should've been paying me just to think up crap like this all day.

A discussion about Creative Commons and free distribution sparked a debate on the Seton Hill Writing Popular Fiction message board, and that debate gave birth to my post. At the time, Cory Doctorow made some waves by giving his book away his book at http://www.blogger.com/img/blank.gifoks for free on his website. I tried to validate his argument by mentioning the music of the Grateful Dead, Phish, and Dave Matthews Band as examples where a widely distributed product eventually lead to commercial success. I argued that fans don’t know that they are fans yet, and by experiencing new music passed on my acquaintances they have the ability to sample many artist before finding one who really resonates. At the time MySpace had been huge in letting emerging artists bypass record companies, much like Amazon has done for writers. Arctic Monkeys were the hottest band in the UK, and their success was a direct result of repeated listens on their MySpace profile.

Fast-forward to 2011 when guys like Wiz Khalifa blow up because of Twitter and Amamda Hocking gets the deal she always wanted because of her independent success. The landscape has changed, smart artists are going to change with it. 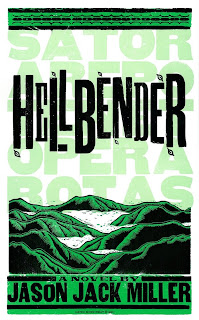 Read a sample of HELLBENDER on Amazon.com! 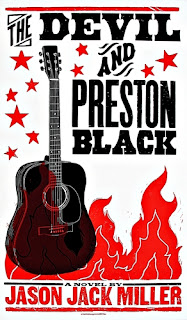 Read a sample of THE DEVIL AND PRESTON BLACK on Amazon.com!