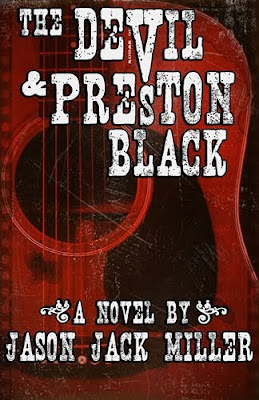 Preston Black has a nasty habit of falling in love with the wrong type of woman. But girls who don't play nice are the least of his problems. This handsome bar band guitarist isn't washed-up, but he's about to be. He's broke, he's tired of playing covers and he's obsessed with the Curse of 27.

Lucky for Preston, he has help. An angellic beauty who picks him up when he's down. A university professor who steers him past old Appalachian hexes and curses toward the song that may be Preston's only shot at redemption. And the ghost of John Lennon, who reminds him that "nothing is real."

If you are an Armchair BEA participant interested in receiving a copy of my novel THE DEVIL AND PRESTON BLACK, drop me a line at jasonjackmiller at gmail dot com. I'll send you a Smashwords coupon code for the book.